2011 is looking very bright for RIMM

In April, the company launched the Bold 9650 and Pearl 3G.  The former was nearly identical to the Bold 9700, while the latter's size made it far less popular than the Curve 8520.

In August, RIMM launched the Torch, its first ever touch-screen and keyboard slider.  It was also the first BlackBerry to launch with OS 6.  While the Torch was definitely a move in the right direction, its specifications were less impressive than iPhone 4 and many Android devices.

RIMM also launched refreshes in the final quarter of 2010, including the Curve 3G and Bold 9780.  While these two replaced models that were extremely popular, they were simply refreshes.  Thus, they provided little catalyst to the share price.

While 2010 was disappointing for RIMM shareholders and BlackBerry loyalists, there were a few bright spots.  RIMM continued its push in international markets.  It was the #1 smartphone brand in the UK, and #1 in Latin America for 4 quarters in a row.

3 weeks into 2011, it is reasonable to say that this year will be much better for RIMM.  This is the year that RIMM makes a big push in the high-end of the smartphone and tablet markets, while maintaining its enormous market share in international markets. 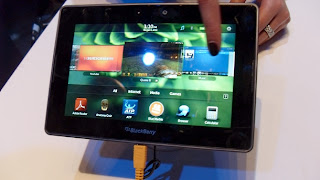 In CES from Jan. 6 to 9, RIMM provided analysts and tech bloggers with their first hands-on with the PlayBook.  Because the QNX OS was designed from the beginning for multi-tasking and multi-core devices, its performance and smoothness impressed many.  Analysts got to experience the PlayBook running a 1080p movie, a video game, pictures and other apps at the same time.

We found the device to be well-built, with a very responsive user interface, incredible display, and were impressed with the seamless tethering of the tablet to a BlackBerry smartphone.

The PlayBook offers multi-tasking performance and security that are unmatched by the iPad (and iPad 2) and Android tablets.  It is scheduled to launch by the end of March.  RIMM also announced that a 4G PlayBook running on Sprint's Wi-Max network will launch in the summer.

In addition to the PlayBook, high-profile leaks by BGR this week show that BlackBerry smartphones in 2011 offer the high-end specifications that were missing in 2010.

The BlackBerry Apollo will be the newest update to the highly popular Curve 8520/8530 and 9300/9330 series.  It offers enhanced specs such as 480x360 display and a 5 MP camera.  With an attractive and well-built form factor, it will surely be another wildly popular phone in the series.

The Dakota will be next addition to the Bold line, and the first BlackBerry to have a touchscreen and (non-sliding) keyboard.  It offers impressive specs such as HD video recording and 3G mobile hotspot feature.

The Torch 2 was also leaked.  It will likely launch in August, a year after the original one.  Its CPU is clocked at 1.2GHz, which is double the speed of the Torch. 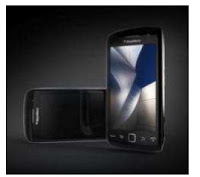 Most importantly was the leak about the Storm 3.  Long expected as the touch-screen device that can finally compete against the iPhone and Android devices, it offers a top-of-the-line 1.2Ghz CPU with a 3.7'' screen.  It also has the highest resolution ever for a BlackBerry (800x480) and 720p video recording.  With Storm 1 being launched in Nov. 2008, and Storm 2 in Nov. 2009, Storm 3 should be expected for the first quarter of this year.

2011 will see RIMM's entry into the booming tablet market.  The PlayBook offers performance and security that will be unmatched by Apple and Android tablets.  Its ability to tether to a BlackBerry smartphone and run Android apps are also significant advantages.

The launch of Storm 3 gives RIMM the long-awaited answer to the iPhone and high-end Android devices.  Meanwhile, the Apollo and Dakota are updates that preserve the popular nature of the devices, while introducing important innovations.

Thus, 2011 will see RIMM shares making significant gains.  With a forward P/E of less than 10, RIMM is currently trading at a discount to peers such as Apple, Motorola and Nokia.  I continue to have a target price of US$90 on the shares.
Posted by Unknown at 6:09 PM

Check Out My Other Blog